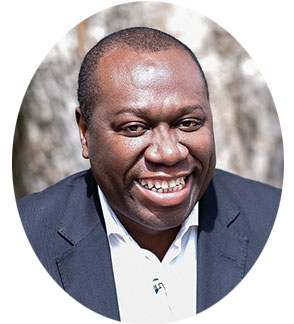 In December, the department of small business development released the National Small Enterprise Amendment Bill for public comment. A serious rethink is required, especially chapter 3A, which establishes a small enterprise ombudsman service and grants far-reaching powers to the minister of small business development to determine and prohibit “unfair trading practices”.

Regrettably, instead of being a piece of legislation designed to answer the question “How can we help you?” — particularly in the wake of the Covid-19 pandemic and lockdown regulations, which have smacked the small segment of SA’s business sector — the proposed amendments create a new layer of bureaucracy by establishing an ombudsman with no supporting business case behind it.

Further, the bill represents an expense government cannot begin to afford. It also steps on institutional toes already available for redress, offers no regulatory impact assessment for the proposal and consolidates extensive powers with the minister and the ombudsman.

For the past four years one of the Small Business Institute’s (SBI) primary campaigns has focused on reducing crippling late payments to small and medium enterprises (SMEs). And yet when the official opposition, the DA, originally introduced its ombudsman bill, designed to address these practices, the SBI opposed it for many of the same reasons the institute is questioning the wisdom of the National Small Enterprise Amendment Bill.

Last year the department of planning, monitoring & evaluation looked at the problem of delayed or nonpayment by government and said, among other things, that the “suggestions made by SMMEs to improve the current payment of invoices has little to do with amending the National Small Business Act and more to do with better processes”.

This is a vitally important observation. Late payments by government (the biggest transgressor by far) are not due to a lack of policy and legislative guidance but a result of administrative failure, and the solution therefore has to be administrative.

In addition to the implied interventions in respect of payments to SMEs, the bill proposes a broad remit to prohibit all manner of complaints, whether “unfair” contractual or “other legal arrangements” that may arise in the normal course of business-to-business engagements. Each prohibition would trigger myriad gazette notices and result in stacks of yet more red tape, not to mention potential overreach.

This does not limit an inevitable consequence of arbitrary decision-making and indiscriminate intervention whenever any small business owner cries “unfair”: vexatious or frivolous claims and the swarm of new “ombudpreneurs” are sprouting to suggest, argue and “consult” about them.

The ombudsman would overlap established civil and contract law in SA. Merely increasing the threshold for complaints at the Small Claims Court and accommodating companies, not just individuals, is a potentially sensible alternative. Of course, for this to work it would have to be accompanied by appropriate financial and human resources.
The provisions for the ombudsman may also run counter to dispute resolution mechanisms provided for in international treaties and encroach on tribunals and ombudsman offices already established — including the Tax Ombudsman, the Consumer Protection Commission and the Banking Ombudsman — which are available to every citizen, including SME owners.

More concerning, the bill offers no evidence that the proposals have been thoroughly and rigorously analysed, nor who was consulted, especially all affected parties.

Further, in terms of the National Small Business Act it is within the power of the small business minister to require any and all policy, regulation and legislation to satisfy a regulatory impact assessment. An example here would be that the national budget would have to be preceded by an impact assessment on SMEs before being adopted. None has ever been presented. If an impact assessment were undertaken in respect of the proposed amendments to the national small enterprise legislation, then there is no transparency around it.

The proposed amendments fail to demonstrate that the costs (unspecified) to establish the ombudsman office do not outweigh potential benefit (if any). Its broad scope and sweeping powers imply that an ombudsman service would be costly to establish and maintain, let alone the possibility of being overwhelmed with all manner of disputes by enterprises of all sizes and types. The bill is silent as to whether the ombudsman would hear matters between SMEs and the private sector — corporate late-payers — or just government.

Seemingly, wittingly or unwittingly, government is imposing its will on a constituency that was not consulted. The department of planning, monitoring & evaluation research noted — with good reason — how government is perceived by SMEs: “The fear of victimisation was prevalent.” Instead of being a partner in their success, small business owners see government as an antagonist in their ability to grow. The perceived hostility towards business in government is not a new revelation. But rather than enable small businesses with evidence-led policy, legislation and practice, chapter 3A of this bill imposes a solution while looking for a problem.

The minister should withdraw chapter 3A before layering a new burden of red tape on SMEs that are already struggling to breathe. Government and state-owned enterprises should join voluntary campaigns such as #PaySMEsIn30Days to improve SME cash flow.

• Dludlu, a former Sowetan editor, is executive for strategy and public affairs at the Small Business Institute.